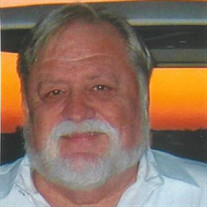 Jerry Wayne Weisinger passed away June 16, 2021 in Uvalde, TX. He was born in Cuero, TX on October 31, 1943 to parents Roland and Myrtle Dentler Weisinger. Upon graduation from Galena Park High School in the Houston area, Jerry joined the United States Marine Corps where he was a member of the Marine Corps Band. He marched in various events around the country including the Rose Bowl Parade, and learned many life skills making him a “jack of all trades” which would serve him well throughout his life. He was honorably discharged in 1965 and returned to Houston where he worked as a limo driver to pay his way through school and received a degree from the Commonwealth College of Sciences. He put his degree to work as a mortician and funeral director at Howard Funeral Home. From there, Jerry formed Weisinger Services Co. and landed his first contract for solid waste disposal in a nearby municipality. His love of hunting and the Southwest Texas region brought him to Uvalde in 1980, where he had the local garbage contract there as well as a few surrounding communities. That was a years long venture followed by being awarded the contract as concessionaire at Garner State Park. From there Jerry worked in agriculture, as a locksmith and many other occupations, but was most proud of his work as a teacher in Brackettville, where he also was the announcer for home football games. He loved his students and they loved him. He was involved in several community organizations and activities including: Rotary Club; Breakfast with Santa; Opera House; served as a trustee on the UCISD school board; and, he helped revitalize the Uvalde Hunters Roundup. Jerry is survived by his wife of 36 years, Vickie Greathouse Weisinger, sons: Brett Miller and wife Jodi; Barrett Miller and wife Dana, all of Frisco, TX, and Jeremy Weisinger and wife Jessie of Davis,CA. He was very proud of his grandchildren and was known as “Pawpaw” to Rett, Elle, Carter, Linden and Mia, all of Frisco, TX. He is also survived by his brother Fred Weisinger and wife Donna of Baytown, TX; his mother-in-law, Margie L. Bourn of Crystal City, TX; Sister-in-law Monica and husband Carey Woods of Tyler, TX; brother-in-law, Joe and wife Irma Greathouse of Crystal City, TX, and numerous nieces and nephews. He was preceded in death by both parents. Memorial donations in his honor can be made to the El Progreso Memorial Library at 301 E. Main in Uvalde; Humane Society of Uvalde at 127 S. Camp St., Uvalde Texas 78801, or the charity of your choice. A Graveside Service will be held on Friday, July 9, 2021 at 9:30 Ft. Sam Houston National Cemetery, 1520 Harry Wurzbach Rd, San Antonio, Texas 78209. Interment to follow at Ft. Sam Houston National Cemetery, 1520 Harry Wurzbach Rd, San Antonio, Texas.

Jerry Wayne Weisinger passed away June 16, 2021 in Uvalde, TX. He was born in Cuero, TX on October 31, 1943 to parents Roland and Myrtle Dentler Weisinger. Upon graduation from Galena Park High School in the Houston area, Jerry joined the... View Obituary & Service Information

The family of Jerry Wayne Weisinger created this Life Tributes page to make it easy to share your memories.

Send flowers to the Weisinger family.