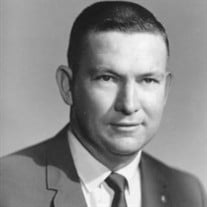 Long time Kinney County resident, Joe Key York, Jr., died peacefully in his home in Fort Clark Springs on the morning of December 8, 2020. Joe was a third generation resident of Kinney County. His parents, Joe Key York, Sr. and his mother Nell Anderson York, moved to Kinney County in 1909 and became successful merchants and ranchers. Mrs. York also taught school in Kinney County. Joe, Jr. was born in Del Rio, Texas on April 22, 1934. He attended schools in Spofford and Brackettville. He also attended Southwest Texas Community College in Uvalde and majored in Animal Husbandry at Sul Ross State University, Alpine, Texas. Joe was the President of The Board of York & Hall Construction and was the self-employed owner and operator of ranches in Kinney County. He was the Executive Officer of Joe York, Jr. Ranching. Joe served as a Kinney County Commissioner and was a Master Mason for over fifty years in the Las Moras Masonic Lodge, the oldest lodge in the immediate area. Joe was twice President of the Texas Ranger Foundation and served as President of the Texas Sheep and Goat Raisers Association. He was a former member and was a past District Representative of the Kinney County Appraisal District. Joe was a congregant and former Finance Committee member of The First United Methodist Church, Brackettville and was also a long time member of The First Baptist Church of Brackettville where he was at one time the Sunday School Co-Superintendent in partnership with Virginia Shahan. Joe's love of history and his ability to tell fascinating stories of the lives and times of Texas and Kinney County residents was a trait that family and friends enjoyed, loved, and will truly miss. Joe is survived by his wife Mary Sam Williams York, his son Bob York, numerous grandchildren, great grandchildren, and numerous nieces and nephews. He was predeceased by his parents, his son Joe “Joey” Key York, his daughter Kay York Butler, sisters Margaret York Ward and Wynell York Coates. Rosary will be held on Friday, December 11, 2020 from 9:30 A.M. at St. Mary Magdalene Catholic Church, 301 South Ann Street, Brackettville, Texas. Mass of Christian Burial will be held on Friday, December 11, 2020 at 10:00 A.M. at St. Mary Magdalene Catholic Church, 301 South Ann Street, Brackettville, Texas. Interment to be followed at Masonic Cemetery, Brackettville, Texas. Services are entrusted to Hillcrest Memorial Funeral Home, 424 Geraldine Street, Uvalde, Texas.

The family of Joe Key York Jr. created this Life Tributes page to make it easy to share your memories.

Send flowers to the York family.